Wilmington: Democratic presidential candidate Joe Biden rejected President Donald Trump’s charge that he is spreading fear about the safety of a potential coronavirus vaccine, urging Trump to defer to scientists and not rush its rollout.

“Let me be clear: I trust vaccines, I trust scientists, but I don’t trust Donald Trump,” Biden said, on Wednesday, local time. “At this moment, the American people can’t either.”

Biden warned against trying to rush out an unfinished vaccine ahead of the November 3 election.

Trump and his campaign have accused Biden of stoking doubt among Americans about the efficacy of a vaccine – something the Republican president has said could be made available within weeks.

The coronavirus has caused about 195,000 US deaths, the most of any country, and millions of job losses, becoming a central issue in the presidential campaign.

Trump has repeatedly downplayed COVID-19’s risks, particularly early in the crisis and has also drawn criticism for ignoring or disputing warnings from scientists and public health officials.

Speaking from his home base of Wilmington, Delaware, on Wednesday, Biden argued that such a vaccine should only be approved by adhering to rigorous safety standards.

“Scientific breakthroughs don’t care about calendars any more than the virus does. They certainly don’t adhere to election cycles. And their timing, their approval and distribution, should never, ever be distorted by political considerations,” he said.

Earlier, Republican US Representative Brad Wenstrup, a physician and Trump supporter, dismissed those concerns in a call with reporters, saying the US Food and Drug Administration would ensure any new vaccine was safe.

“We believe the FDA is not going to approve something that isn’t safe and effective,” Wenstrup said.

Even if a COVID-19 vaccine is approved in the coming weeks, it likely will not be widely available to the public until the middle of next year, Robert Redfield, director of the US Centres for Disease Control and Prevention, told a congressional panel on Wednesday.

Biden spoke after being briefed on the virus by several public health experts, including Vivek Murthy, the former US surgeon general. His speech was part of a delicate balancing act the former vice president has struck in recent weeks, as Trump has suggested a vaccine could be approved ahead of the election.

Trump predicted on Wednesday at least 100 million doses of a coronavirus vaccine could be distributed in by the end of 2020, contradicting a top government health official Trump dismissed as confused.

Hours earlier, Robert Redfield, director of the federal Centers for Disease Control and Prevention, said a COVID-19 vaccine could be broadly rolled out by the middle of next year or a little later.

“No I think he made a mistake when he said that,” Trump said, telling reporters he called Redfield. “That’s incorrect information.

Biden, who leads the president in national opinion polls, has questioned whether Trump is pressuring agencies like the FDA to sign off on a vaccine to boost his re-election prospects. At the same time, Biden has been careful to say he wants to see a safe vaccine as soon as possible.

“There has to be total transparency, so scientists outside the government know what is being approved,” Biden said. “I’m saying, trust the scientist.”

Health experts have expressed concern that not enough Americans will volunteer to take an approved coronavirus vaccine, in part because of the speed with which it is being created. Most vaccines are developed over a decade or more.

In a July Reuters/Ipsos poll, just over 60 per cent of Americans said they were interested in taking a vaccine, around the threshold that experts say is likely to be necessary to halt the pandemic’s spread.

Trump’s penchant for spreading misinformation about the coronavirus may hurt his ability to assure Americans of the vaccine’s safety, the poll suggested. Only 15 per cent of respondents said they would be more willing if Trump said the vaccine was safe. More than twice as many said a presidential endorsement would actually make them less interested in taking the vaccine.

Biden has sought for months to portray Trump’s response to the outbreak as a failure that has caused tens of thousands of unnecessary deaths.

His argument was bolstered last week by the release of recorded interviews between Trump and journalist Bob Woodward, in which the president acknowledged deliberately downplaying the deadliness of the virus.

Our weekly newsletter will deliver expert analysis of the race to the White House from our US correspondent Matthew Knott. Coming soon. Sign up now for the Herald’s newsletter here, The Age’s here, Brisbane Times’ here and WAtoday’s here. 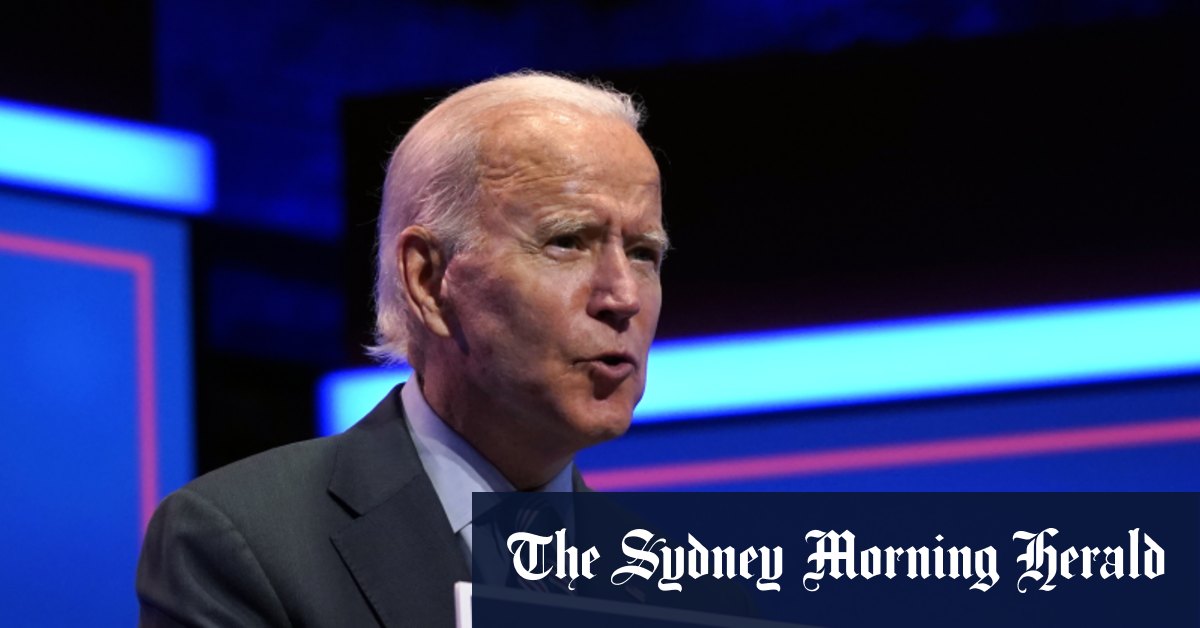