Diary notes made by Police Chief Commissioner Shane Patton seem to directly contradict comments to Parliament by Victorian Premier Daniel Andrews that the Australian Defence Force was not offered as part of the state’s hotel quarantine system.

One note in Mr Patton’s diary in the crucial days leading up to the quarantine program starting on March 29 says: “ADF available re hotels static guarding of those sites”.

Mr Patton said he can’t remember the actual conversation that led to the note, but the words starkly contradict Mr Andrews’ comments to Parliament’s public accounts and estimates committee on August 11 that: “I think it is fundamentally incorrect to assert that there was hundreds of ADF staff on offer and somehow someone said no. That’s not, in my judgment, accurate.”

The hotel quarantine inquiry has previously heard evidence that in crucial meetings on March 27 and March 28, Victorian officials, including police and public servants, decided to use the ADF for planning purposes only with no “boots on the ground”.

The inquiry was also presented an email on Thursday from Deputy Commissioner Rick Nugent sent on the evening of March 28 to Mr Patton, who was then a deputy commissioner, saying the then chief commissioner, Graham Ashton, had “advised me that the agreed position at this stage is private security will be employed for this health intervention”.

However, “I did suggest, if increased risks/issues were identified, ADF could have a role in this regard.”

Mr Patton said when he came into a meeting on March 29, the model was pretty much up, and police were the support agency. The model, which excluded the ADF appears to have been set in a series of meetings over the previous two days, March 27 and March 28.

Mr Patton said he did not turn his mind to whether the use of private security was appropriate.

An incident controller helping coordinate the ill-fated hotel quarantine system in Victoria was resistant to having police or military as a visible part of hotel quarantine, citing the mental health of the guests.

Two Health Department employees, Andrea Spiteri and Jason Helps, shared the incident control duties and both said in evidence to the hotel inquiry that they were unaware of the offers being made by the federal government to help the program with Australian Defence Force boots on the ground.

Mr Helps, who oversaw logistics, planning and communication, said he was not offered help from the ADF. He told the inquiry there were offers of assistance coming from different agencies at the end of March, but said: “During the operation of the Hotel Quarantine Program, I was not aware of any specific ADF offer for ADF personnel to work directly in the program.”

In evidence, he cited a recording of a March 28 phone hook-up, at which various agencies decided how to implement hotel quarantine, when Emergency Management Commissioner Andrew Crisp was speaking to a representative of the ADF. Mr Crisp said: “ADF, anything further that you might wish to raise?” and the ADF representative responds: “No Andrew, just noting that the news tonight mentioned that ADF would be patrolling the corridors of hotels, Ah not in Victoria!”

Mr Helps said said this statement had reinforced his view that the ADF was “not available for operational roles”.

He said in a statement to the inquiry that uniformed ADF and Victoria police officers in hotel quarantine “may have had a more detrimental effect on the mental health of those quarantined and their acceptance of the program,” and “stymied some of the good work that our welfare people did with people that were experiencing mental illness”.

Health Department employee Jason Helps, who shared the incident control duties, said he was unaware of offers of military help.

But his co-controller, Andrea Spiteri, told the inquiry she had later developed a personal view that “a small uniformed presence of Victoria Police within the hotel environment could have potentially quelled some of the [bad] behaviour” in the hotels.

“It was a personal view. I just felt there could have been benefits in having police a bit more visible.”

Jaye Alderson, the lawyer for one of the three main security companies, said security firms were not provided with PPE guidance until May 12, six weeks after the program began on March 29, but Ms Spiteri said she believed there was a “range of instructions and guidance that was provided regularly into the hotel program” before then.

“There were signs up, there were documents available to guide the use of PPE and there were briefings that were undertaken,” Ms Spiteri said. Ms Spiteri emphasised that it was up to the security companies to do their own training.

“All organisations providing staff to work in hotel quarantine needed to take responsibility to ensure their staff understood and complied with all infection prevention and control measures,” she said in her statement to the inquiry.

However, with all the instructions in English, “It became apparent that many staff, particularly security staff, had language barriers that needed to be addressed by the security companies to ensure safe work practices.

“It also became apparent that all organisations needed business continuity plans in place to enable quick stand up of alternative staff should staff become unwell and not be able to work, or become COVID-19 positive or close contacts and need to self-isolate.”

Mr Helps made it clear how complex the “a multilayered decision-making structure” of hotel quarantine was.

“At times because of this structure it was difficult to track the origin of a decision, the role or position responsible and information, data or plans,” he said.

Mr Helps said even though the theoretical role of the state controller was to lead the response, the Chief Health Officer, Brett Sutton, along with Public Health Commander had “absolute control”.

This contradicts what Mr Sutton said on Thursday, which was he was not in charge, after a decision by a deputy secretary of the Health Department.

A homeless man from Melbourne was the spur for the Victorian government to set up the Rydges on Swanston as a “hot hotel” to take all COVID-19-positive returning travellers.

Former state controller of hotel quarantine, Andrea Spiteri, said in a statement to the hotel quarantine inquiry that, until April 1, all COVID-19 patients were accommodated on “red floors” within hotels.

That changed when a homeless man with coronavirus requested accommodation in one of the hotels, but it was judged to be “outside the scope of the contract and the hotel refused the request”.

That prompted moves by Ms Spiteri, through senior Jobs Department executive Claire Febey, to establish another hotel – the Rydges on Swanston, as the place where people diagnosed with COVID-19 would be sent. As is now well know, the Rydges became the source of the vast bulk of Victoria’s second wave of infections.

On April 7, the state’s Public Health Commander said the use of a single hotel “reduces the low (but material) risk that as a result of detaining well individuals in a hotel they could acquire COVID-19 from the hotel environment”, Ms Spiteri’s statement to the inquiry said.

“I understand the first use of Rydges Carlton was from 12 April 2020 to accommodate passengers returning from Uruguay who had been on the Greg Mortimer ship, the majority of whom were or had been COVID-19 positive.”

After they left the hotel, Rydges on Swanston received any other quarantine detainee found positive in any of the other hotels.

Ms Spiteri said special arrangements were put in place, including that passengers were transported in a maxi-taxis from the airport, taxi drivers were told to wear PPE when driving, people were taken straight to their rooms, their luggage cleaned, and all guests were required to wear masks when they were outside the room. The controls were appropriate and adequate, she said in her statement.

The most important news, analysis and insights delivered to your inbox at the start and end of each day. Sign up to The Sydney Morning Herald’s newsletter here, to The Age’s newsletter here and Brisbane Times’ here.

Michael Bachelard is The Age’s investigations editor. He has worked in Canberra, Melbourne and Jakarta as Indonesia correspondent. He has written two books and won multiple awards for journalism, including the Gold Walkley in 2017. 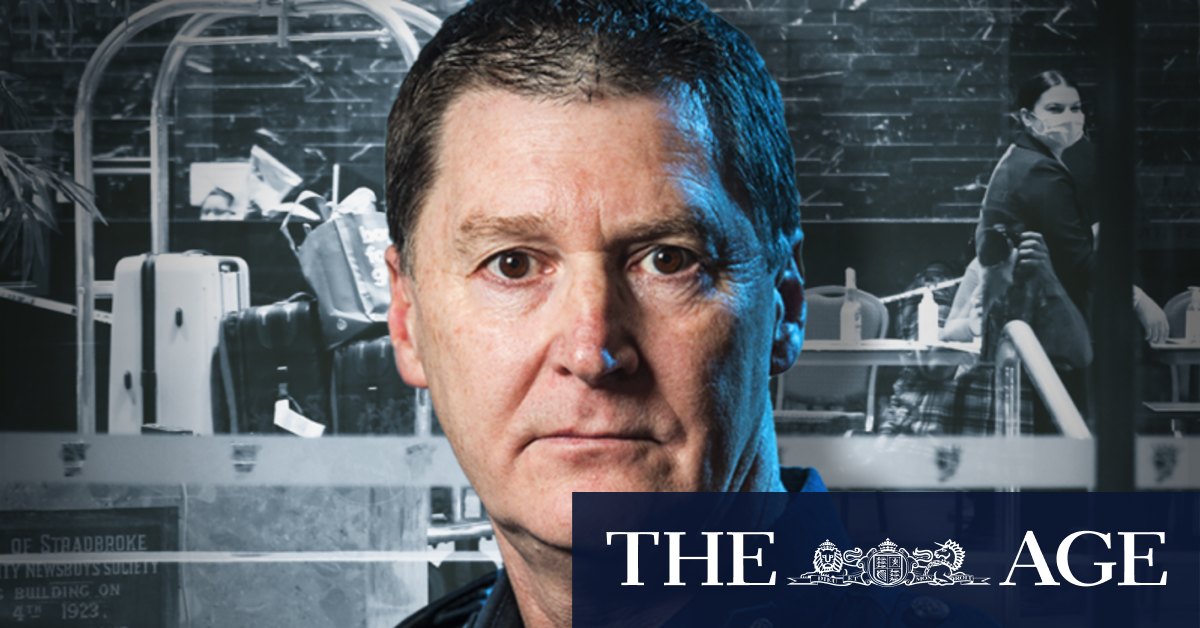